Psychiatrists have ZERO tests for their conclusions. Psychiatry is an opinion, NOT a fact, by people who are blinkered, who NEVER research the things people are telling them. Many psychiatrists suffer from 'Anosognosia' - a form of denial.

Psychiatrists have a legacy of corruption. They are being used and paid by the USA and UK security services (CIA, FBI, DOD, Homeland Security, MI5, MI6, private security contractors, etc.) to lock people away that those governments don't like. Often just normal innocent civilians, who just don't happen to agree with the current governments, or #DeepState's point of view. It's the modern version of burning a witch. It's illegal and any problems they have with an individual should follow the law and go through the courts. It goes against the law for these corrupt, Mafia like organisations to be judge, jury and executioner. Using psychiatrists avoids all the safe guards that courts provide and should be made illegal. I'm surprised that Judges haven't protested about it, yet again, many are being black-mailed by the security services.

Their corruption includes giving falsely damning reports, as confirmed by Barie Trower, an ex agent of MI5, MI6 and Metropolitan Police.  Psychiatrists also prescribing drugs whose side-effects are worse than any symptom.  A brilliant, full lengthy documentary on the subject of over prescription of psychiatric drugs to the American forces, costing the tax payer BILLIONS of $$$, should be watched here.

Psychiatry is mostly an opinion. Being judged on someone's opinion alone, and a second opinion is really ever sought, is immoral, unethical and leads to corruption and abuse of the system.

Psychology seems to be the biggest part of the security services corruption, both in how the targets are gang stalked and signalled to, and how the V2K (voice-to-skull / microwave auditory effect) interacts with  the target. Since neural pathways are re-directed in the brain of the target and it's change monitored, you can bet that psychiatrists want to keep with technology going, out of some sort of morbid curiosity.

Basically psychiatrists are the ones who most need to see a psychiatrist, because they're pretty fucked up in the head!

Just some of the evidence to show Psychiatry is corrupt:- 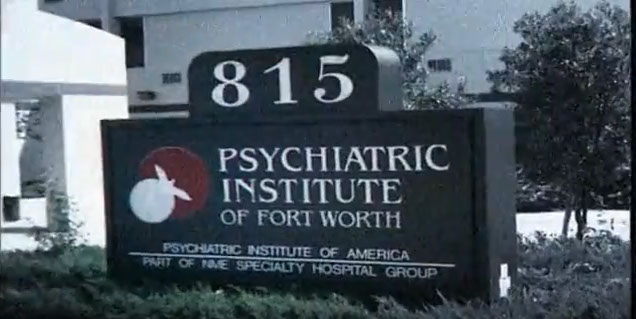 PSYCHIATRY CORRUPTION - Video showing just how corrupt they are. 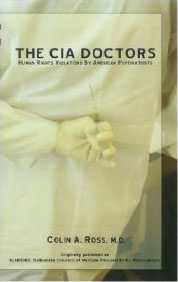 In "The C.I.A. Doctors: Human Rights Violations By American Psychiatrists," Dr. Ross provides proof, based on 15,000 pages of documents obtained from the C.I.A. through the Freedom of Information Act, that there have been pervasive, systematic violations of human rights by American psychiatrists over the last 65 years. As well, he proves that the Manchurian Candidate "super spy" is fact, not fiction. He describes the experiments conducted by psychiatrist to create amnesia, new identities, hypnotic access codes, and new memories in the minds of experimental subjects.

The funding of the experiments by the C.I.A., Army, Navy and Air Force is proven by the C.I.A. documents and the doctors' own publications. "The C.I.A. Doctors" proves that there were extensive violations of human rights by psychiatrists in North America throughout the second half of the twentieth century, perpetrated not by a few renegade doctors, but by leading psychiatrists, psychologist, pharmacologists, neurosurgeons and medical schools,. 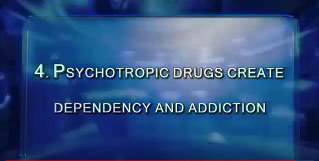 that the Government has breached the human rights of people compulsorily detained in psychiatric hospitals.

- Stunning tale of brainwashing, the CIA and an unsuspecting Scots researcher. They numbered in their hundreds, victims of Dr Donald Ewen

- Imagine going to the airport to travel to London, a commute you had made dozens of times before, only to find yourself locked in a high

security psychiatric ward a few hours later, stunned and naked except for a gown and underwear, paralyzed by psychoactive drugs, and

deprived of all of your belongings.

- The CIA Doctors. The Human rights abuses by American Psychiatrists.

- Illinois-based psychiatrist has been sentenced to 9 months in federal prison and ordered to pay nearly $600,000 for accepting hundreds of

After searching for psychiatric corruption and psychiatrists jailed in the USA, I had so much material against the Psychiatric profession, I could have filled pages, and pages with their evil deeds. So I leave the rest to your Google searches.