There is so much corruption in the security services in both America and the UK. They all behave like the Mafia. They think they are above the law and forget that they should work for the civilians of their respective countries and not as a separate #DeepState entity.

FYI in the UK they like to call The Deep State 'The Establishment', but it's basically the same thing.

The purpose of this page is to show that the 'Security Services' have a history of ignoring laws that apply to their own country, and therefore cannot be trusted or believed

JFK speech, just days before he was assassinated, by the security services.

Recently the JFK papers have been released, but not all of them. Unlike what you may have been informed, they were NOT released at the request of President Trump, but were in fact released as part of a President George H. W. Bush 25 year old law.

"The President John F. Kennedy Assassination Records Collection Act of 1992, or the JFK Records Act, is a public law passed by the United States Congress, effective October 26, 1992. It directed the National Archives and Records Administration (NARA) to establish a collection of records to be known as the President John F. Kennedy Assassination Records Collection. It stated that the collection shall consist of copies of all U.S. government records relating to the 1963 assassination of President John F. Kennedy, and that they are to be housed in the NARA Archives II building in College Park, Maryland. The collection also included any materials created or made available for use by, obtained by, or otherwise came into the possession of any state or local law enforcement office that provided support or assistance or performed work in connection with a federal inquiry into the assassination."

Some of these papers have been withheld for redaction (blocking out) at the request of the CIA, which is a contraction of the 25 year old law, as they 'should be released in full'.

The CIA is mentioned multiple times in these papers.

Before the JFK papers, their were other de-classified CIA papers. Known inside the agency as the “family jewels,” the 702 pages of documents released, catalogue domestic wire-tapping operations, failed assassination plots, mind-control experiments and spying on journalists from the early years of the C.I.A.’s existence. For more details on these papers, please visit this site.

The Iraq War and it's lies.

The UK government had been lied to by it's own MI6, according to the recently released 'Chilcot Report'. The Iraq Inquiry by Sir John Chilcot presents a devastating picture of intelligence that is damning for both spies and the politicians.

It is critical of MI6's collection and presentation of its sources; of the analysis by the wider intelligence community; of the way the Joint Intelligence Committee allowed its material to be used and of the way in which politicians talked about intelligence to the public.

The story of one particular MI6 agent, as told in the inquiry report, reveals much of what went wrong.

On 11 September 2002, MI6 reported it was on the edge of a "significant breakthrough". It had a new source inside Iraq with "'phenomenal access" which might be the "key to unlock" Iraqi's biological and chemical weapons programme. The new source said Iraq had accelerated production of its chemical and biological weapons and built further facilities. And the promise was of more intelligence to come. The head of MI6, Sir Richard Dearlove, was confident he had the access and that in a few weeks the source would produce a "CD with everything in it". The dossier on weapons of mass destruction was being drawn up and word had gone out to MI6's agents to deliver. It seemed like they had. The reporting was used to provide assurance in drawing up the dossier that its judgements were right and that Iraq did have the weapons. It was also shown directly to the prime minister whose statement in the foreword to the dossier was that the intelligence was "beyond doubt". The new reporting was never shown though to the technical experts at the Defence Intelligence Staff who expressed some doubts about the overall language in drafts of the dossier.

"Sir Richard Dearlove's personal intervention, and its urgency, gave added weight to a report that had not been properly evaluated and would have coloured the perception of ministers and senior officials. The report should have been treated with caution," the inquiry notes.

One officer from MI6 - known officially as the Secret Intelligence Service (SIS) - asked about confidence attached to the reports said it was thanks to "wishful thinking. We marketed that intelligence… before it was fully validated". By 2 February 2003, the new source had failed to produce the goods. And by 18 February, the source was being described in MI6 notes as having been lying over a period of time.

On 17 February 2003, Dearlove sent messages to MI6's best sources in Iraq "emphasising the utmost importance of a major find in the next two weeks, and asking them to do everything possible to try and identify where materials are being hidden". But MI6 "did not inform No 10 or others that the source who had provided the reporting issued on 11 and 23 September 2002, about production of chemical and biological agent, had been lying to SIS". Amazingly, reports from the agent were still reissued in April - an MI6 officer failed to tell the Chairman of the Joint Intelligence Committee, John Scarlett, that the source was apparently lying and said there was no reason to dismiss his information. And it turns out that even from September, some had concerns that the source had been watching too many movies.

Similar problems also came to light in withdrawing the intelligence on Iraq being able to fire weapons of mass destruction in 45 minutes - when MI6 say there might be problems after the war, Foreign Secretary Jack Straw says their description of this as a "snag" was a "very major understatement". The story of the "new source" of September reveals just how much reliance was placed on faulty intelligence. "Here was a chap who promised the crock of gold at the end of the rainbow," one MI6 officer told the inquiry.

GCHQ was already found guilty of spying both on Amnesty International and on South African non-profit Legal Resources, retaining and scrutinizing their data.

Multiple rulings have found GCHQ's surveillance efforts in violation of UK law. And a number of leaks over the past half-decade have shown its oversight is mostly ornamental.

Now the legality of British intelligence services’ mass surveillance programs will be assessed by the European Court of Human Rights (ECHR). The agencies are accused of breaching the European Convention’s fundamental right to privacy. The intelligence services face three different court cases at the ECHR brought by Big Brother Watch, the Bureau of Investigative Journalism (TBIJ) and their reporter Alice Ross, and other NGOs.

GCHQ flouts European law on a regular basis. Another example of this:-

British intelligence agencies have policies allowing staff to access confidential communications between lawyers and their clients, official documents have revealed. The guidance was disclosed for the first time at a tribunal which examines complaints against MI5, MI6 and GCHQ.

The lawyer-client relationship is generally protected by strict rules.

Lack Of Morals In GCHQ

New Snowden Doc Reveals How GCHQ/NSA Use The Internet To 'Manipulate, Deceive And Destroy Reputations'

Glenn Greenwald, while working with NBC News, revealed some details of a GCHQ presentation concerning how the surveillance organization had a "dirty tricks" group known as JTRIG -- the Joint Threat Research Intelligence Group. Now, over at The Intercept, he's revealed the entire presentation and highlighted more details about how JTRIG would seek to infiltrate different groups online and destroy people's reputations -- going way, way, way beyond just targeting terrorist groups and threats to national security.

Among the core self-identified purposes of JTRIG are two tactics: (1) to inject all sorts of false material onto the internet in order to destroy the reputation of its targets; and (2) to use social sciences and other techniques to manipulate online discourse and activism to generate outcomes it considers desirable. To see how extremist these programs are, just consider the tactics they boast of using to achieve those ends: “false flag operations” (posting material to the internet and falsely attributing it to someone else), fake victim blog posts (pretending to be a victim of the individual whose reputation they want to destroy), and posting “negative information” on various forums.

EU legal professional privilege protects written communications between lawyers and clients for the purpose of exercising the rights of defence in the context of Commission competition investigations. The privilege applies only to communications with external lawyers, qualified to practice in a jurisdiction of the European Economic Area (EEA), as well as to documents prepared exclusively for the purpose of seeking their advice. The privilege applies to written communications exchanged after an investigation has commenced and those exchanged earlier, provided they have a relationship with the subject matter of the investigation.

Campaigners said the disclosure had "troubling implications for the whole British justice system". The government could be handed an unfair advantage in court if it had access to confidential materials, they said. In one case, MI5 revealed, legally privileged information had been inappropriately passed to lawyers defending the security agencies, where "the potential for tainting" was identified. She said it called into question a range of concluded cases in which the government had been involved, "from criminal convictions to asylum proceedings".

Liberty's director of policy, Isabella Sankey, said the "explosive disclosure" made a "sham" of the privileged relationship between lawyer and client and undermined the fairness of cases involving the state.

Conservative MP David Davis described it as a "national scandal".

Raising the matter in the House of Commons, he said: "It has long been taken as the standard in this country that the relationship between a lawyer and a client is protected by privilege and communications between them are protected from intervention by the state.

"What has become clear this morning is that not only is that not the case at the moment but that each of the three agencies have got policies for handling legally-protected material and in one case for deliberately withholding that material even from secret courts and security-cleared special advocates." 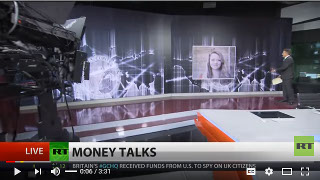 Legal advice given to MPs warns that British spy agency is 'using gaps in regulation to commit serious crime with impunity'.

GCHQ's mass surveillance spying programmes are  illegal and have been signed off by ministers in breach of human rights and surveillance laws, according to a hard-hitting legal opinion that has been provided to MPs.

The advice warns that Britain's principal surveillance law is too vague and is almost certainly being interpreted to allow the agency to conduct surveillance that flouts privacy safeguards set out in the European convention on human rights (ECHR). The inadequacies, it says, have created a situation where GCHQ staff are potentially able to rely "on the gaps in the current statutory framework to commit serious crime with impunity".

At its most extreme, the advice raises issues about the possible vulnerability of staff at GCHQ if it could be proved that intelligence used for US drone strikes against "non-combatants" had been passed on or supplied by the British before being used in a missile attack.

The tribunal has previously ruled that bulk collection of personal data by GCHQ and MI5 between 1998 and 2015 was illegal, and has now moved on to consider transfer of data to other bodies.