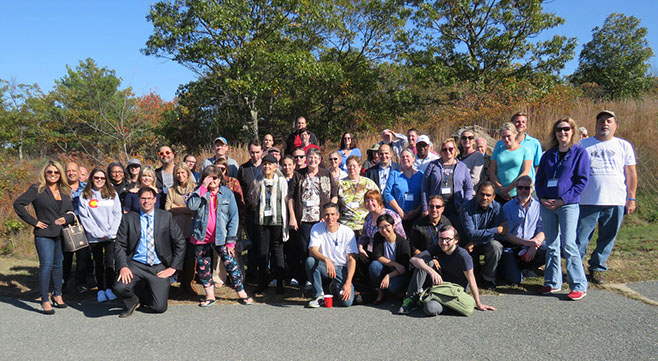 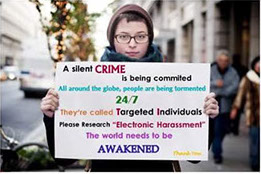 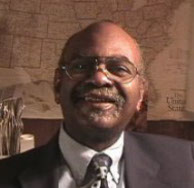 No one wants to be a TI (Targeted Individual). When you first notice things going on, you'll feel, and are often told via Voice-To-Skull, that you're the only one going through this, because 'your special' or some other bull sh** . But, according to a whistle blower, your just one of approximately 1 to 2 million people going though this. That's just in the USA, and that's also full on TI's who have voice to skull and hive mind brain reading. So that doesn't include those being targeted who have no idea something is happening to them, or the millions of other people across the rest of the world.

The number of people involved is beyond ridiculous. Your gang stalkers are also being targeted and brain read, but to help them in their goal of harassing you. But there brains are also being hit with electromagnetic microwave radiation. And once in the program, those gang stalkers, according to Bryan, can't get out of it either.

But, hopefully the photos above will help you realise that in many circumstances, you can cope. Not all will, but most will.

If you feel that you need help and support, I'd highly recommend 'PACTS International'. It's run by the very understanding Derrick Robinson, pictured above. His website contains phone numbers of people who may be in your area and has documents and e-books of this subject, and a live phone in podcast he does a few times a week. Most of them are achieved on his site. If you wish to contact him directly, he also has an online form you can use.

Good luck, and in the words of a great poet, "Don't let the bastards get you down!"